Be astonished and dazzled by the true story of Adelaide Herrmann, the Queen of Magic!

Some girls are perfectly happy never doing anything out of the ordinary. But Addie was anything but ordinary. She longed for thrills and excitement! At a time when a young lady appearing onstage was considered most unusual, Addie defied convention and became a dancer. And when she married the world-famous magician Herrmann the Great, she knew she had to be part of his show. Addie wanted to shock and dazzle!She would do anything to draw the crowds, even agree to be shot out of a cannon. But when Herrmann the Great died, Addie couldn’t disappoint her loyal fans — the show had to go on. What could she do? She would perform the show all by herself! From the creators of Mesmerized, this rollicking romp tells the true story of one fearless magician’s rise to glory, featuring exquisitely lavish illustrations by Iacopo Bruno. Extensive back matter, including instructions for performing one of Addie’s original tricks, makes this a dazzling celebration of one of the first female conjurers in show business. 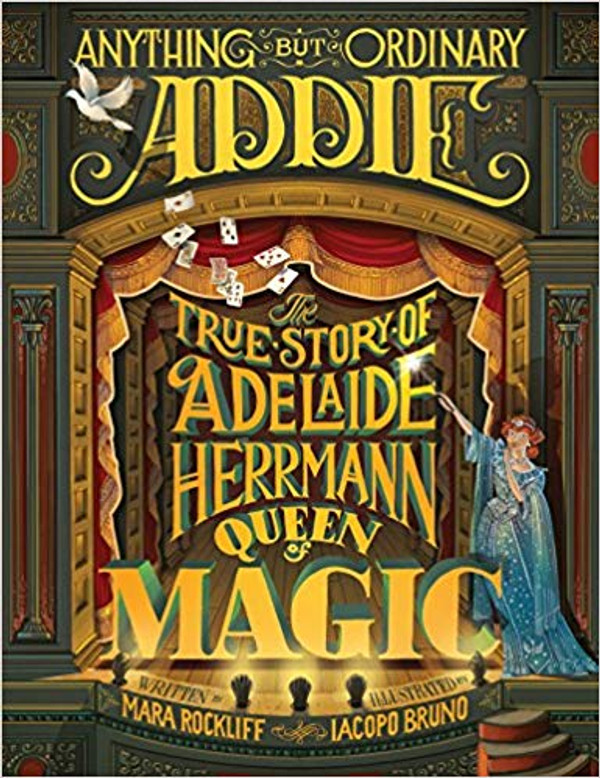 Red Bicycle: The Extraordinary Story of One Ordinary Bicycle

Rump: the True Story of Rumpelstiltskin

Snowman: The True Story of a Champion