Michel Chikwanine was five years old when he was abducted from his schoolyard soccer game in the Democratic Republic of Congo and forced to become a soldier for a brutal rebel militia. Against the odds, Michel managed to escape and find his way back to his family, but he was never the same again. After immigrating to Canada, Michel was encouraged by a teacher to share what happened to him in order to raise awareness about child soldiers around the world, and this book is part of that effort. Told in the first person and presented in a graphic novel format, the gripping story of Michel's experience is moving and unsettling. But the humanity he exhibits in the telling, along with Claudia D?vila's illustrations, which evoke rather than depict the violent elements of the story, makes the book accessible for this age group and, ultimately, reassuring and hopeful. The back matter contains further information, as well as suggestions for ways children can help. This is a perfect resource for engaging youngsters in social studies lessons on global awareness and social justice issues, and would easily spark classroom discussions about conflict, children's rights and even bullying. Michel's actions took enormous courage, but he makes clear that he was and still is an ordinary person, no different from his readers. He believes everyone can do something to make the world a better place, and so he shares what his father told him: .If you ever think you are too small to make a difference, try sleeping in a room with a mosquito.. 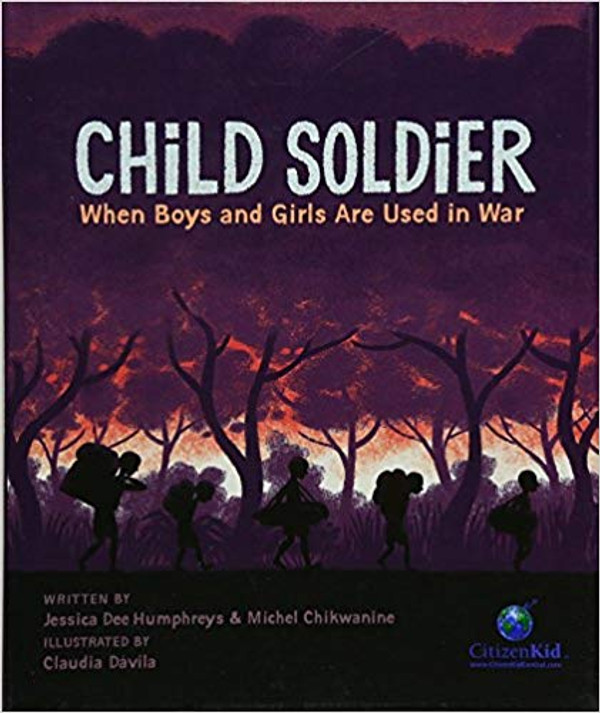 Soldier Song: A True Story of the Civil War