On August 29, 2005, Hurricane Katrina's monstrous winds and surging water overwhelmed the protective levees around low-lying New Orleans, Louisiana. Eighty percent of the city flooded, in some places under twenty feet of water. Property damages across the Gulf Coast topped $100 billion. One thousand eight hundred and thirty-three people lost their lives. The riveting tale of this historic storm and the drowning of an American city is one of selflessness, heroism, and courage—and also of incompetence, racism, and criminality.
Don Brown’s kinetic art and as-it-happens narrative capture both the tragedy and triumph of one of the worst natural disasters in American history. A portion of the proceeds from this book has been donated to Habitat for Humanity New Orleans. 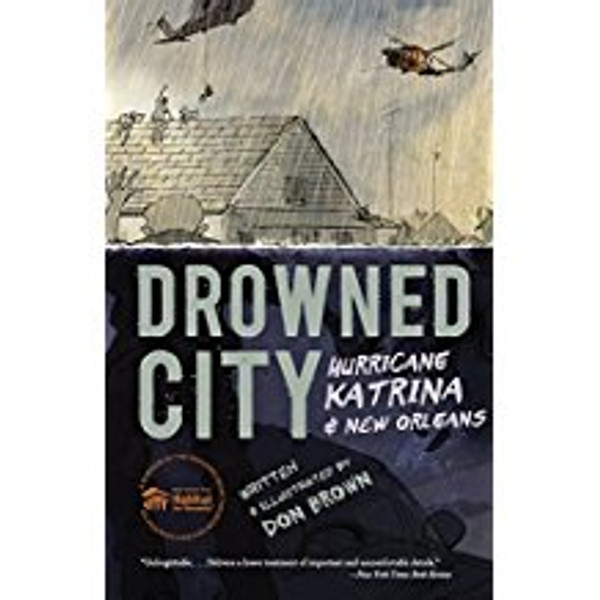 Marvelous Cornelius: Hurricane Katrina and the Spirit of New Orleans

Zane and the Hurricane: A Story of Katrina